Before UFC – It was Tough Guys

Before UFC – It was Tough Guys

MMA over a decade before the UFC!

Long before an octagon became the preferred shape for cage fights, before UFC pay-per-view events in Las Vegas were a regular occurrence and before Ronda Rousey was the “Queen of MMA,” there were the Tough Guys.

The fights were known as Tough Guy Championships and promoted under the name CV Productions Inc. by Frank Caliguri of Lower Burrell and Irwin’s Bill Viola. 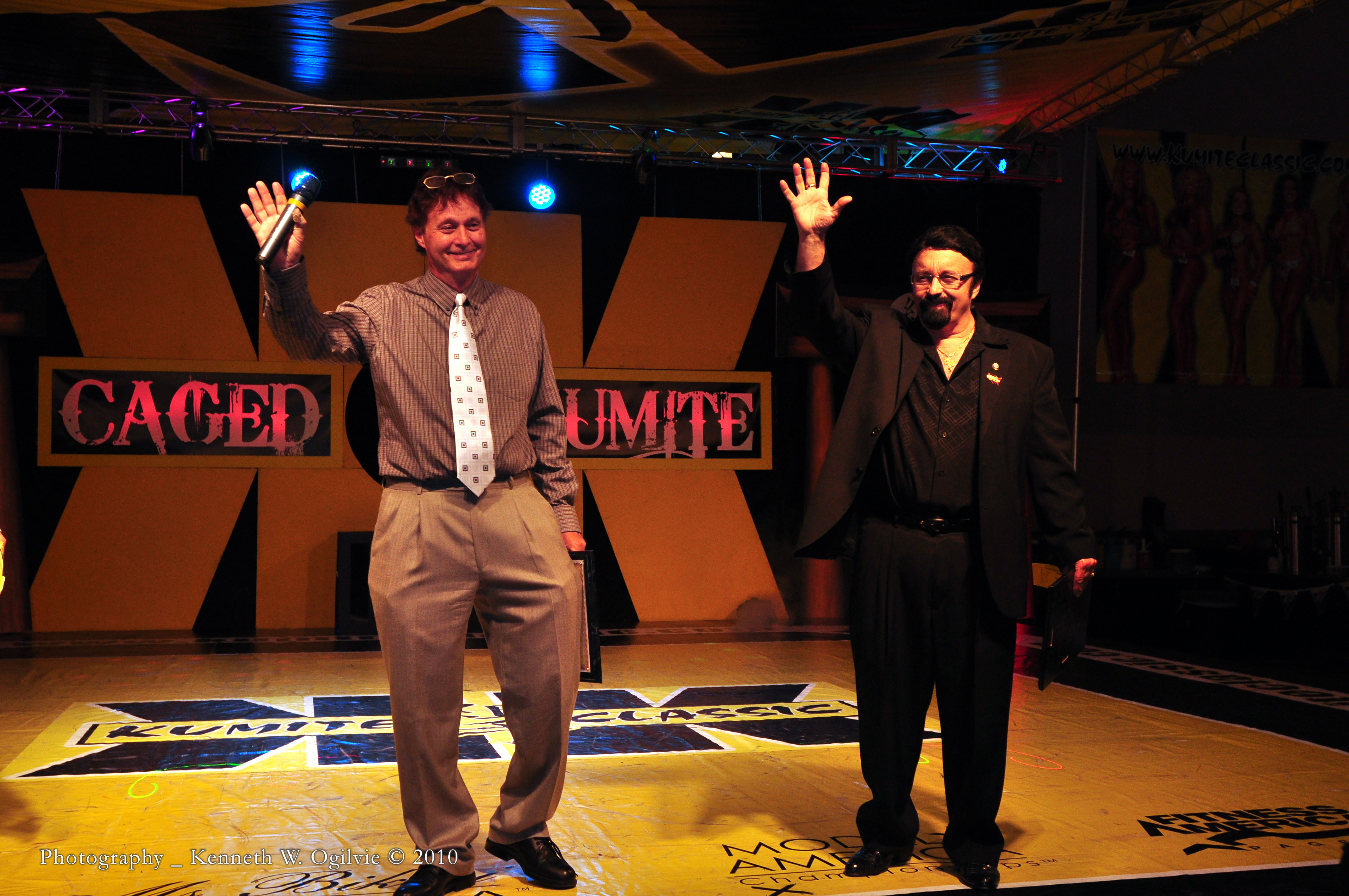 The first Tough Guys competition was a three-day event in March 1980 at the Holiday Inn — now the Clarion Hotel — in New Kensington. The fights sold out each night.

Recently, MinusL Inc., a production company based in New York, came to the area for a week to film a documentary on the Tough Guys. A camera crew shot footage at the Academy of Martial Arts in Lower Burrell, where Caliguri and his wife, Nancy, have taught martial arts for more than 20 years.

Other spots around Pittsburgh also were filmed while MinusL Inc. was in town.

“They were so professional,” Nancy Caliguri said. “They had a fog machine and made everything dark in the room. It was a really neat experience.”

The Caliguris aren’t sure when or where the documentary will air but said several outlets, including ESPN, have expressed interest.

MinusL Inc. has done work for NFL Network, Google and CNN and others.

There is a book about the Tough Guys titled, “Godfathers of MMA,” by Dr. Fred Adams and Bill Viola Jr., and an exhibit at the Heinz History Center in Pittsburgh features the competitions.

In 1978, Frank Caligiuri and Viola discussed promoting MMA fights over dinner at Denny’s in Monroeville. Frank convinced Viola to have the first fights in New Kensington.

“I knew in this area it would take off,” Frank said. “I knew all of the fighters in the area from doing martial arts and I also did a little bit of boxing.”

The Caliguris went from town to town to spread the word of their new sport.

“We’d be in downtown Pittsburgh putting up posters in bars and on street posts,” Nancy said.

The “old way” worked well. When the door opened for the inaugural event, an eager crowd awaited.

“We knew from the talk around town it was going to be a decent turnout, but we weren’t expecting as many as we got,” Caliguri said. “In fact, we were trying to find extra chairs so we could seat everybody.”

Chuck Tursky, the wrestling coach at Kiski Area, participated in the Tough Guy Championships. Tursky said the scene that first weekend was like nothing he had been a part of.

“They took us back and to a hotel room, and when we went out to the ring people were just going crazy,” Tursky said. “They loved it right off the bat. People were up on their chairs screaming and yelling.”

The success of the first weekend in New Kensington led to Tough Guy events being held in Johnstown, Philadelphia and Pittsburgh. Former Philadelphia Eagles defensive end Len Pettigrew won the event in Philadelphia.

CV Productions wanted to take its product nationally and talked with big markets like Chicago about hosting an event. Those aspirations were quashed once the Pennsylvania Athletic Commission banned MMA fighting. Many other states followed suit.

“It was something new, and I think that’s why the (Pennsylvania) Athletic Commission was upset about it,” Frank said. “We were selling out our events and their crowds (for boxing and studio wrestling) were very slim. They were watching everyone come our way, and they didn’t have jurisdiction over us.”

MMA was reinstated in Pennsylvania in 2009.

In 2011, Frank Caliguri and Viola met UFC president Dana White, who was in Pittsburgh promoting a show at Consol Energy Center. White yielded to the pair as the pioneers of MMA.

“We went down and introduced ourselves, and he said, ‘I thought you might be coming down,’ ” Frank said. “We told him we’d been doing (MMA events) since the ’70’s. He said he’d seen some stuff on the internet about us and then he said, ‘OK. You guys started it.’ ”

Though his time as an MMA promoter was cut short, Frank is satisfied knowing the Tough Guys helped create a sport that continues to grow.

“We feel good that we started something in this country that now has become so big and popular,” Frank said.

Jerin Steele is a freelance writer.

For more information on who invented mma visit https://mmahistory.org/who-invented-mma/ 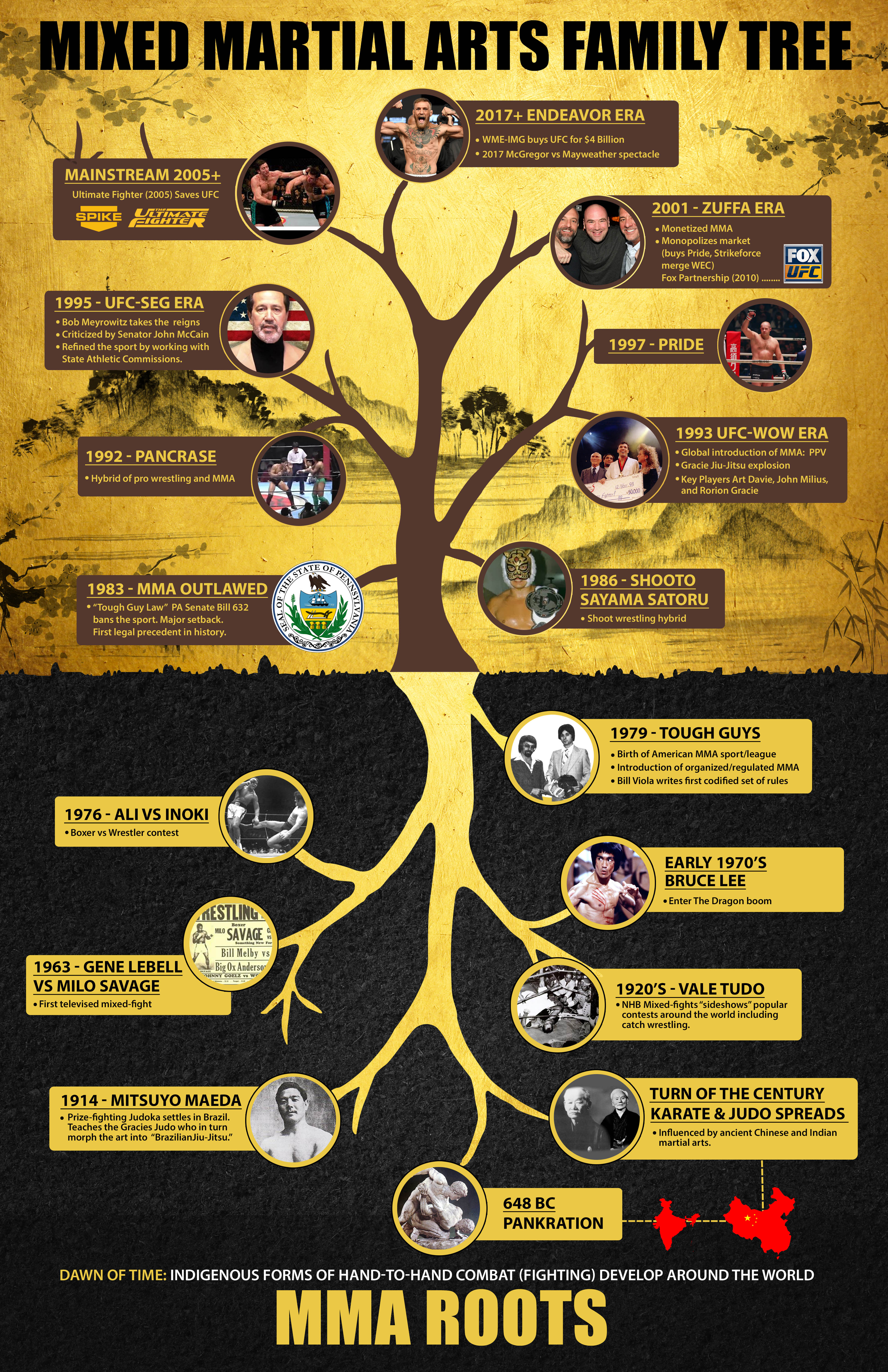