Godfathers of MMA by Bill Viola Jr. and Dr. Fred Adams is now available on Amazon.  The book documents the rise and fall of mixed martial arts from 1979-1983.

Godfathers of MMA is a non-fiction book dedicated to the historical integrity of the sport of mixed martial arts. CV Production’s “anything goes” creation has evolved into one of the fastest growing sports in the world, albeit under the auspices of the Ultimate Fighting Championships. Nearly thirty years before the UFC garnered real mainstream acceptance, CV set up shop as the first mixed martial arts company in American history. Although enshrined at Heinz History Center in association with the Smithsonian Institution, you’ve likely never heard of them—until now.

MMA is the sport of the 21st century: WOW Promotions popularized it, SEG Entertainment refined it, Zuffa LLC monetized it, but CV Productions created it. This is your exclusive ticket to travel back in time and relive the epic journey of the Godfathers of MMA. 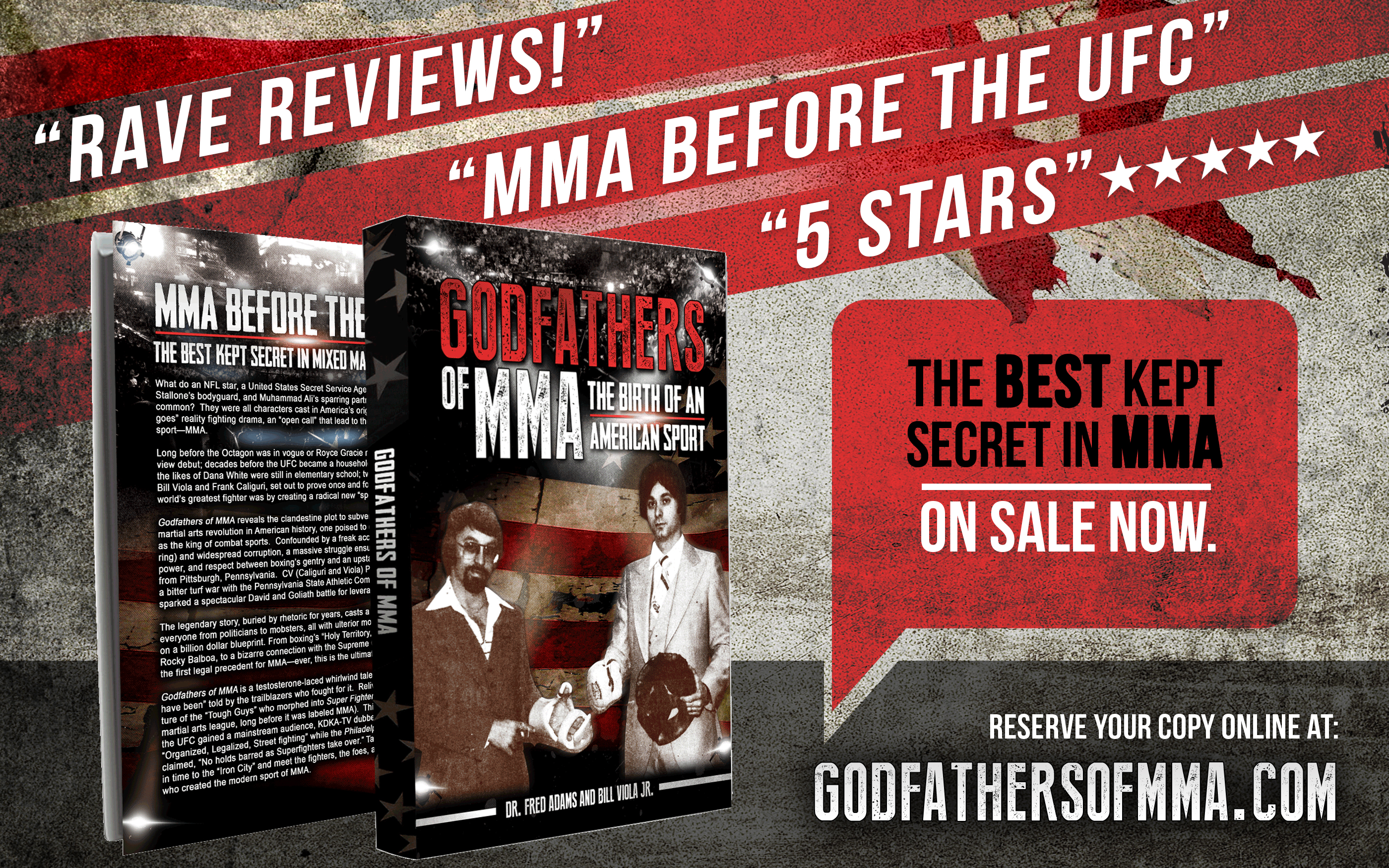 Godfathers of MMA.  The book:

What do an NFL star, a United States Secret Service Agent, Sylvester Stallone’s bodyguard, and Muhammad Ali’s sparring partner all have in common?  They were all characters cast in America’s original “anything goes” reality fighting drama, an “open call” that led to the birth of a new sport—MMA.

Godfathers of MMA is a testosterone-laced whirlwind tale of “what might have been” told by the trailblazers who fought for it.  Relive the epic adventure of the “Tough Guys” later known as Super Fighters (the first mixed martial arts league in history).

Take a journey back in time to the “Iron City” and meet the fighters, the foes, and the visionaries who created the modern sport of MMA.