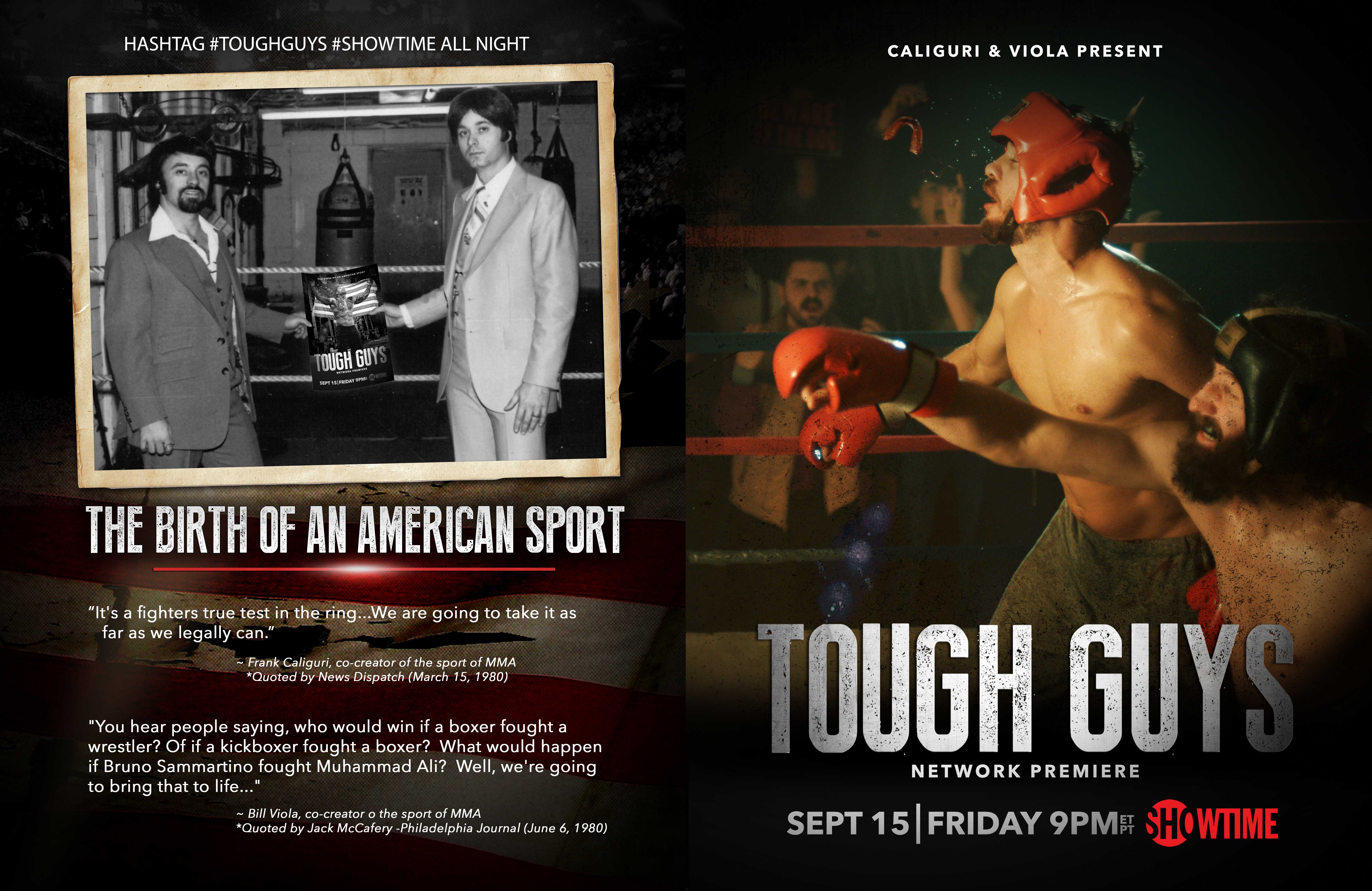 10 years before the debut of the

In 1979, Bill Viola and Frank Caliguri dreamed up a contest pitting barroom bigmouths against wrestlers, martial artists, boxers, bouncers and brawlers, billed as no-holds-barred new type of competitive fighting. When the fights succeeded beyond their wildest expectations, they were swept up in a chain of events that ended in the first mixed-martial arts ban in the nation.

“Tough Guys” chronicles the inception of Caliguri and Viola’s first bouts and the colorful, crazy cast of fighters who made them a hit as well as the politicians who brought it all crashing down. The film brings to life a moment when the national martial arts craze was building to a crescendo as the economies of Pennsylvania steel towns were plummeting to levels of unemployment never seen, breeding desperate men looking for a chance to prove their worth and make some money in the ring.